There was extensive media coverage of the MLSA industrial action on 18th May 2022, on TV, radio and print media.

On 17th May, the day before the industrial action, MLSA Industrial Relations Officer Bronagh O'Leary was interviewed on RTE SIx One News.

On 18th May,  General Secretary Terry Casey appeared on Morning Ireland.  He and several MLSA members were featured on RTE Six One and Nine O'Clock News from the picket lines at St. Vincent's University Hospital Dublin.

Virgin Media News at 5.30 had coverage and interviews from several picket lines across the country.

The industrial action and pickets around the country were featured in many newspapers on 19th May. 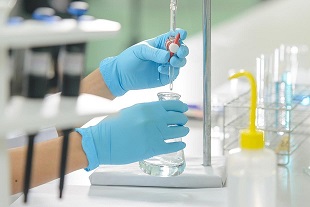 The MLSA issued a further press release ahead of its planned industrial action commencing on 18th May.

Listen back to Terry Casey's interview on RTE's Morning Ireland on 16th May. 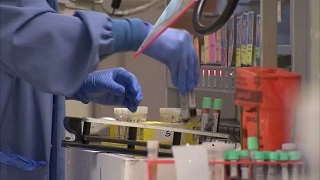 Following a long process of negotation and the failure of the Department of Health and HSE to make a proposal to resolve the MLSA's parity claim, the MLSA had no option but to once more notify employers of industrial action.

The press release was covered by the Irish Examiner, Irish Independent and RTE. Terry Casey was interviewed about the dispute on Virgin Media News.

The MLSA has suspended its planned industrial action to accept an invitation to meet with the Public Sector Agreement Group on 31st March 2022. Members and employers were notified on 21st March and a press release was issued subsequently. explaining the decision.

The MLSA issued a press release on 10th March following its notification to pulic sector employers of planned industrial action to further its claim for parity with clincial biochemists. Following lengthy discussions with the HSE and DOH outside and within the WRC and further discussions with the HSE under the sectoral bargaining process of the public pay agreement, no progress was made.  The Executive Committee believes it has now explored all possible options short of industrial action and that it is left with no alternative but to exercise the 98% mandate received from memvers in November 2021 for industrial action.

Following a ballot for industrial action, the MLSA issued a press release on the results of the ballot and the background to the dispute, which can be read here. MLSA public sector members voted by 94% in favour of industrial action up to and including strike action in pursuit of the union's longstanding claim for parity with scientific colleagues.

The press release was covered by the Irish TImes and by Newstalk's Gavin Reilly on Twitter.

The MLSA issued a press release following its AGM on 25th September, reporting a record attendance at the hybrid meeting and advising that a motion had been passed by an overwhelming majority to ballot members for industrial action in pursuit of their longstanding claim for parity with scientific colleagues in the health service. The full text of the press release can be read here.

The press release was covered by several media organisations, including RTE and Industrial Relations News.

The MLSA issued a press release in advance of its AGM on 25th September, advising that members will be voting at the AGM on whether to ballot for industrial action in pursuit of their longstanding claim for parity with scientific colleagues in the health service. The full text of the press release can be read here.

The press release was covered by several media organisations, including the Irish Times and Irish Examiner.

Medical Scientists, laboratory services and the HSE Cyberattack May 2021

The massive efforts of medical scientists to maintain essential laboratory services in the face of the cyber-attack on the HSE in May 2021 received coverage in the press.

Kevin O’Boyle was featured in reports in both the Irish Examiner and the Medical Independent, where he spoke of the incredible pressures on laboratory staff finding work-arounds for laboratory analysis without access to a patient history and for recording and communication of results in the absence of IT connectivity.

Marie Culliton from the ACSLM and National Maternity Hospital appeared on RTE Radio 1 on 18th May to explain the serious and long-lasting impact of the cyberattack on clinical laboratory services.

Following the overwhelming rejection of the new public sector agreement “Building Momentum” by 96% by MLSA members in February 2021, the MLSA issued a press release on 12th February which was picked up by major newspapers. Read the full press release here.

Both the Irish Time and Irish Independent referenced MLSA Chairperson Kevin O’Boyle’s message that the MLSA ballot result contained a strong message from medical scientists that the proposed new public service pay agreement did not address longstanding recruitment and retention issues in the laboratory sector and that these must be addressed urgently. 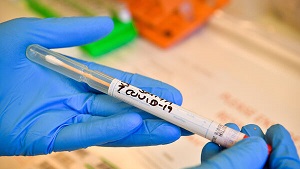 In an article in the Irish Examiner on Friday 15th January, 2021 journalist  Niamh Griffin reported that the MLSA was prepared to ballot members for industrial action over governement failure to address recruitment and retention problems and its claim for parity of pay and career progression with clinical biochemists. The article reported on staff shortages in hospital laboratories struggling to cope with routine workloads and the added demands of COVID-19. MLSA Industrial Relations Officer spoke of the reluctance of medical scientists to strike but said that that they are being given no other option. The article can be found here.

A press release issued by the MLSA following the unanimous decision by the Executive Committee to recommend rejection of the proposed new public service agreement "Building Momentum". The recommendation was made because the Executive believed that the agreement would prevent the finding of a solution to the recruitment and retention problems in the profession, pay and career progression issues and the longstanding claim for parity with biochemists.  Read the full press release here. 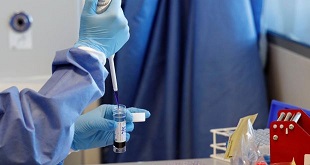 A press release issued by the MLSA in advance of the 2020 AGM was published in the Irish Times, outlining the growing discontent in the profession over worsening recruitment and retention problems, pay and career progression issues and the longstanding claim for parity with biochemists.  Read the full article here.

The press release was also covered in the Irish Daily Mail and the UK Times and RTE News.

In advance of the 2020 MLSA AGM, Executive Committee member Mairead Ní Mhuimhneacháin was interviewed on Raidio na Ghaeltachta about the MLSA pay claim and the recruitment and retention crisis in the profession.

Listen to the interview here. 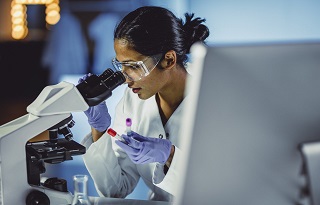 Kevin O'Boyle, MLSA Chairperson. spoke with Niamh Cahill about the importance of and the many challenges to the delivery of clinical laboratory services, including recruitment and retention, career progresson, out of hours workloads and general fatigue, all of which have been exacerbated by the additional pressures created by the COVID-19 pandemic. Read the full article here. 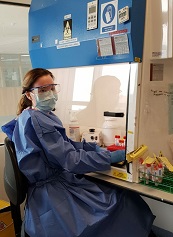 MLSA Chairperson Kevin O'Boyle and ACSLM former president Marie Culliton took part in a panel disccussion with Gavan O'Reilly on Newtalk's Off the Record programme on testing capacities for COVID-19 and the difficulties hospital laboratories are facing in meeting increasing demand for COVID testing alongside the resumption of normal hospital services and general practice workload. Both contributors explained the issues causing the significant recruitment and retention problems in the profession. Listen to the podcast here. 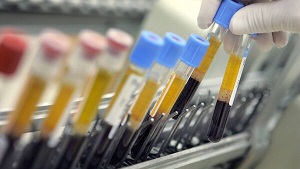 In an article by Padraig Hoare in the Irish Examiner on 6th September 2020, MLSA chairperson Kevin O'Boyle warned of the pressures caused by the COVID-19 testing workload in laboratories that were already struggling with severe recruitment and retention issues. He outlined the difficulties caused by the lack of parity in pay and career progression parity with biochemist colleagues and the low entry level salaries that are not attractive for new graduates. The article can be found here.

The MLSA and ACSLM issued a joint press release on 24th July 2020 calling for investment in clinical diagnostic laboratories, particularly in staffing and the long-awaited integrated Laboratory Information System. The joint statement summarised the issues raised in a joint submission to the Oireachtas Special Committee on COVID-19 response in June 2020 and was issued ahead of the AGM of the ACSLM The press release is available here.

The press release was also published in the Medical Independent of July 23rd 2020.

Dr. Brigid Lucey, president of the ACSLM, discussed the issues raised in the press release on Kildare FM and a segment of her interview can be heard here. 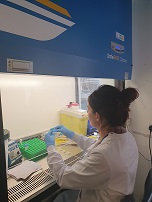 In an opinion piece in the Irish Medical Times in July 2020,  Claire Wynne, medical scientist and lecturer on the MSc in Clinical Laboratory Science at Technical Unversity Dublin,  decribed the challenges and achievements of SARS-CoV-2 testing in Ireland and acknowledged the efforts and contribution of medical scientists to the national response. The article can be found here. 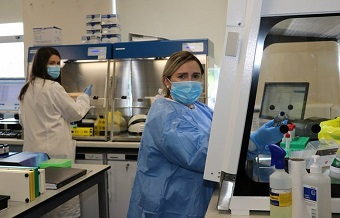 On June 25th 2020, one hundred days after the first COVID-19 test at Letterkenny University Hospital, the Donegal Daily newspaper reported on the response of LUH laboratory staff to COVID-19 testing challenges and the crucial role they played in the detection and treatment of infected patients and staff in the hospital and community. 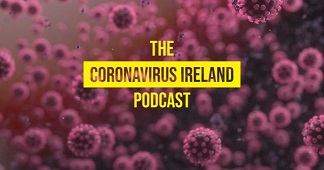 Marie Culliton, laboratory manager at the National Maternity Hospital and ACSLM Council member, explained the science behind COVID-19 testing to Susan Mitchell for the Sunday Business Post's The Coronavirus Ireland Podcast on 3rd June 2020. The podcast can be found here.

Testing times: the science of fighting COVID-19 - Irish Examiner May 2020 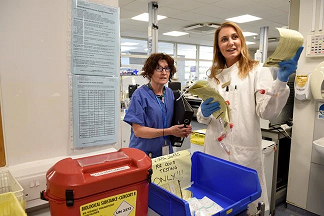 In an article in the Irish Examiner on 24th May 2020, Abigail Salmon, Chief Medical Scientist in St. Vincent's University Hospital, desciribed the challenges of introducing COVID-19 testing to the laboratory in the early stages of the pandemic. Read the full article here. 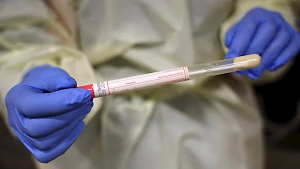 Reporter Padraig Hoare wrote in the Irish Examiner on 24th May 2020 about the longstanding recruitment and retention difficulities in the medical scientist profession, which have been exacerbated by the COVID-19 pandemic and by pay anomalies compared to other grades. The article can be read here. 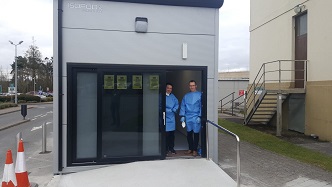 Reporter Barry Whyte interviewed senior medical scientist Mark McKeown on May 12th 2020 about setting up COVID-19 testing in a stand-alone "isopod" adjacent to the laboratory in Mullingar Regional Hospital. The interview can be heard here.

Testing times keeping up with demand - Irish Examiner May 2020 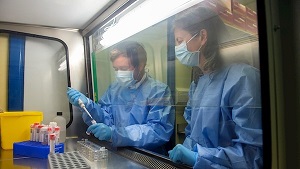 Healthcare staff, including medical scientist Mairead Ní Mhuimhneacháin, stand in solidarity at University Hospital Kerry during the early stages of the COVID-19 pandemic 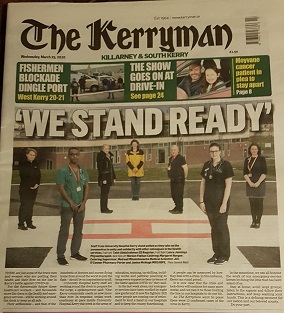 Following the apology by Taoiseach Leo Varadkar, on behalf of the State, to the women and families affected by the Cervical Check scandal, the MLSA wrote a letter to the editor of The Irish Times, which was published on Monday 28th October. Click here to read the letter.

Click here for the joint press release from the MLSA and ACSLM for LabCon Ireland 2019.

Following comments by the Taoiseach about the contribution of an alleged lack of laboratory services over Christmas to the annual winter crisis in the health service, the MLSA wrote a letter to the editor of The Irish Times, which was published on Saturday 10th November. Click here for the letter.

The MLSA was invited to speak to the Joint Oireachtas Health Committee  on May 23rd 2018 about Cervical Check and screening programmes. Click here for the written MLSA submission to the Health Committee.

Click here for the offical transcript of the public session of the Health Committee debate. The debate can be viewed at  https://www.oireachtas.ie/en/oireachtas-tv/oireachtas-tv-channel/

MLSA Statement on Cervical Check - May 2018

The MLSA issued a statement to all members in May 2018 on the CervicalCheck controversy. The statement was subsequently published as a letter to the editor in the Irish Times on Saturday 5th May 2018. Click here for the full statement.

Following the decision by the HSE to outsource cytology screening to the USA in 2008, the MLSA issued a press release in April 2008 expressing its alarm about the decision and warning  about the potential longterm consequences of the outsourcing. Click here for the full statement.

The MLSA Executive Committee has recommended acceptance of the proposed PPSA 2018-2020. Click here for the full text.